Its been a while since I had went on a good ol' holiday. So I decided to go on a short little getaway to Sabah. The last time I had been to Sabah I was far too young to remember anything much. Thus, this felt like I was going to explore new territory. 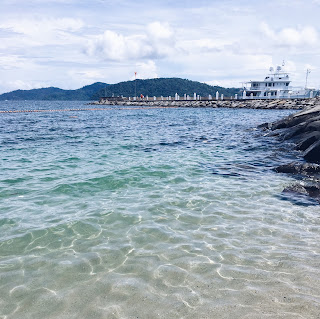 The hotel which I was staying at was the Sutera Harbour Resort. It was a 10 min drive from the airport and I was welcomed by the lush sight of greenery as well as gorgeous golf course. The hotel is located next to a marina so there were tonnes of yachts to swoon over. My room had a beautiful view of the sea.

Day 2: I wanted to go island hopping because that's what seaside holidays are all about (Yay). There were mainly three islands to choose from which were popular. I decided to go to Manukan Island. 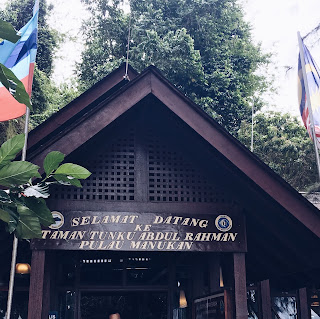 [If u know me, I'm low key terrified of speedboats because its loud and bumpy and I'm always on edge thinking that the whole boat may flip :( ]

Thankfully, the ride was pretty enjoyable minus the fact the I had a sore butt. It took about 15 minutes to reach the island from the hotel's marina.

First sight: /gasps/ THERE IS SO MANY PEOPLE! I went on a weekend during the local school holidays, so I pretty much knew what I was getting myself into, also, there were many foreign tourists.

But what mainly got me excited was the sight of clear blue water! I was giddy from excitement and started to take a thousand pictures. (Fun fact: I almost dropped my phone into the ocean multiple times, so, my recommendation would be to have a waterproof phone case.) 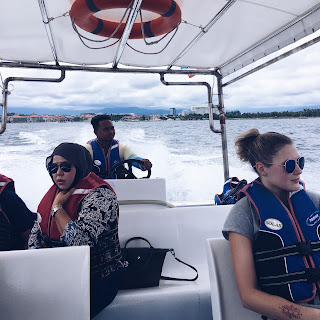 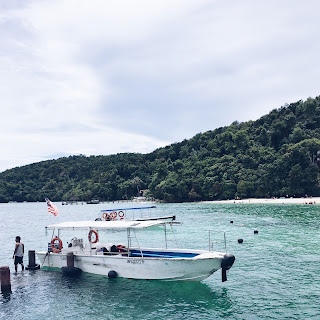 I spent a good 4 hours on the island. Taking all the beauty in and enjoying the sea breeze. It was so tranquil. I felt so happy. It was the moment I realised my trip was well worth every penny because it was a little getaway from all the rush and hassle of living in the city. Also an added bonus, the cell reception on the island was weak, so, I wasn't constantly up on my phone refreshing my social feeds and missing out on the beauty of the island.


It was time for that dreaded boat ride back (Zzz) I swear it is forever scary to me. Surprisingly, the ride back was less bumpy as the other way round(?). Well, ~scientifically~, we were previously going against the waves but whatever.

Later that day I decided to head into the city to grab some dinner. KK waterfront actually has some really good restaurants and bars. I walked along the pier and towards the night market (located next to the waterfront) which was really busy at 10pm (well it is technically a night market lol). Unfortunately, I didn't get to go to the shopping mall because I was sleepy from all the activities I had done throughout the day.

Day 3: It was my last full day here. I had told myself that, today I will indulge in a little bit of retail therapy. So I got up early and grabbed some breakfast at the hotel buffet. I then proceeded to walk around the resort and found out there was a bowling alley so little me got excited once again and went for a few rounds of bowling. 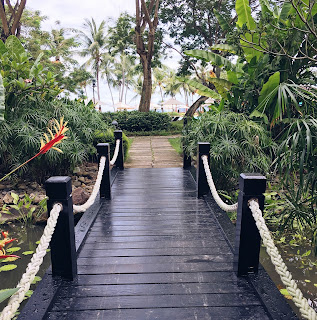 After that, I took an Uber to Imago Shopping Centre, which is the biggest mall in Kota Kinabalu. A lot of international brands as well as local brands were available. It was enough to satisfy my shopping needs. From the little I remember from Kota Kinabalu back in the day, it was not as developed as it was now, which is such a beautiful thing to see. I always am at awe with the progress cities can make over a decade.


(P.s. I basically the whole day there which is both a good and bad thing; good because it was fun but bad because I was wasting time when I could have been out enjoying the rest of what Sabah had to offer)


The next day involved me waking up late and rushing to the airport, almost missing the flight and waiting in long boarding queues in the airport. But, hey, I survived (lmao). 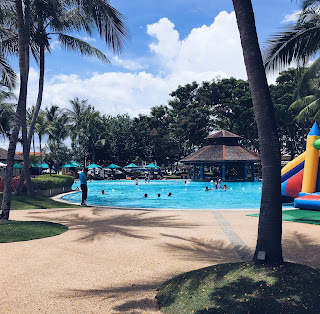 All in all, the entire trip was relaxing and wonderful. I had a really good time there and would definitely revisit in the future. Beautiful hotel, friendly people and generally a great environment. Writing this post truly makes me have holiday withdrawals, but oh well, more is yet to come, am I right? This year I've been really enjoying travelling. Hopefully I'll be blessed and lucky enough to do more of it soon.

Till next time, Sabah.
x

Popular posts from this blog 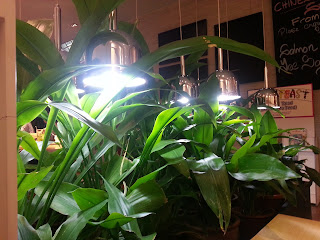 In conjunction with an assignment I had to do on nasi lemak, a group of friends and I went on a hunt for some delicious nasi lemak. We came across some places with fairly good nasi lemak but we found one in particular that has amazing nasi lemak! This place we speak of is no other than Serai. Serai has a mix of  Malay, Western & Fusion dishes on their menu. With that said, most people who visit Serai in groups will not find it hard to pick dishes that satisfy everyone. This restaurant is also one of its 5 outlets in Malaysia. The other outlets are located in Pavilion (KL) , Paradigm Mall (PJ) , Shaftsbury (Cyberjaya) and in Jaya Shopping Centre (PJ). The ambiance of Serai is very chic and minimalistic. Its very cosy with optimum lighting and comfortable seating, a perfect place to catch up with a friend. I love how they have decorated this place by incorporating plants and each table has a small flower arrangement.  The aesthetic so beautiful!! We were shown to our tab
Read more 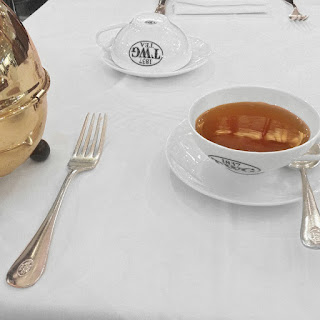 First of all, TWG Tea is an international tea company pioneered in Singapore. They have a wide variety of high quality tea (literally a menu just for their tea!). Not to mention having a beautiful ambiance (as I am an aesthetic freak) and luxury tea drinking experience. They have a few branches around Malaysia which are at Pavilion KL, KL International Airport, Gurney Paragon Mall, The Gardens KL, Sunway Pyramid and more to come. They initially had their first outlet in Pavilion KL, then opened more outlets around KL as they became more and more popular. Lucky for us, there are outlets outside Pavilion, as it is always a hassle to get to Pavilion with all the heavy traffic and exorbitantly high parking rates.  A couple of weeks back, after hearing good reviews about TWG Tea from my friends and reading about it online, I was craving for some fancy tea time indulgence. As Sunway Pyramid had the closest outlet from my home, I decided to give it a try. My first impression was  that the
Read more 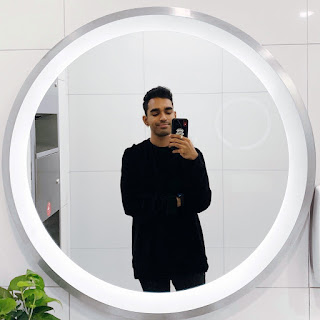 My description of 2019: A lot To me, my 2019 has been full of ups and downs. There is still three more months for the year to conclude and I still have hope that this year will be as fulfilling as I hoped it would be. I have split my perspective into two main categories: physical and emotional Physical: I have felt good this year in terms of my outlook on life and appearance. I have been keeping up to those resolutions I had made at the beginning of the year; going to the gym and keeping (relatively) healthy throughout. Been pretty pleased with the results I'll be honest but I do still have a lot of work to do on myself for me to feel like I'm at peak performance. On the note of travel, I have not done as much as in previous years but I did go on my first solo trip to visit some friends and family in Australia (maybe a post on that coming up soon). Considering I'm someone who usually always travels with family, it was a whole new experience. A good one. Had tons o
Read more

Ashwin
Hello, I am Ashwin, a 22 year old student with a passion for minimalism